Book Review: Same Kind of Different as Me

I received a Nook for Mother’s Day last year, and the first book I purchased was Same Kind of Different As Me by Ron Hall and Denver Moore. I heard it was a great book and wanted to read it for myself.  Also, I love true stories--they usually inspire me to change in some way and to be more like Jesus.

Overview:   The book shares the story of how Deborah and Ron met, fell in love, and were married. It describes how they both gave their lives to Jesus and their marriage struggles. One thing that God showed Deborah was to go help at the Union Gospel Mission in Fort Worth, Texas. When Ron joined her, she encouraged him to build a relationship with Denver, a homeless man that stayed at the mission. He described himself as a "nasty, homeless, in scrapes with the law, in Angola prison, and homeless again for a lotta years..." This is the story of the weaving of their lives and how it brought about an incredible, life changing friendship between these three people.

“I Woke Up!” (Denver's response when he was asked why he was so happy.)

It so affected Ron and Deborah that Ron said,

" 'We woke up!' were the first [words] to come out of our mouths, a tiny prayer of thanksgiving for something we'd always taken for granted, but that a derelict had had the wisdom to see as a blessing fundamental to all others."

“Are you sure you own them [things], or does they own you?”
(Denver asked Ron about all the keys on his keychain, wondering if he owned something for every one of the keys).

“Our limitation is God’s opportunity.”


My Thoughts:  This book challenged me to my core. Have you ever heard the saying that you can’t judge a book by the cover? It’s true. You can’t do that with people either. You have to get to know a person before you can make any type of assessment or know if they can be someone that will be a friend.

As I read the book, it took me back to my days living in Southern California. I lived close to the beach and frequently traveled a path along the ocean bluffs. It was a village of homeless people scattered around with make-shift homes. I admit I rarely took the time to serve the homeless there. Once in high school when I was a part of the Christian club, we made sack lunches for the homeless and handed them out. I think I was more concerned with doing my "good deed" than caring about who they were. I never really thought about their personal stories and how they ended up homeless.

I realized by reading this book how hard and calloused my heart had become to homeless people or anyone "different" than me. It was a hard lesson to learn about myself. I did compare myself to Ron and Deborah Hall who so willingly stepped out in faith and obeyed God. I asked myself,

“Would I do that?”
"Would I so willingly obey God and go serve the homeless at a shelter?"
The answer was "no". I learned that I had subtly shut myself into a bubble and didn’t want to break out of it.

I highly recommend this book and have given it away as a gift because of how deeply it impacted my heart. I don't want to be the same person I was before I read this book. I don't think I will be. My heart has softened. Compassion has grown in my heart. I needed a new perspective, a Godly perspective. I don't want to judge people by their appearances. As Ron Hall stated, "I have learned that even with my $500 European-designer bifocals, I cannot see into a person's heart to know his spiritual condition. All I can do is tell the jagged tale of my own spiritual journey and declare that my life has been the better for having followed Christ." I encourage you to read it. I don’t think you will regret it.

Kathy
I am a Christian wife, mother, and pastor's wife. I got saved when I was 16 years old. I got married to my husband when I was 18 years old. We have been in ministry our entire marriage-18 years! We've been incredibly blessed with our three children. All of them are miracles. I began this blog because I have learned so much of who Jesus is through the Bible and countless Christian books. Follow my Instagram for more quotes, Bible verses, and encouragement.

Some of My Favorites 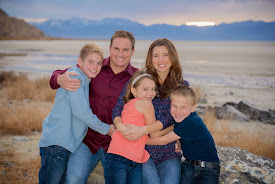